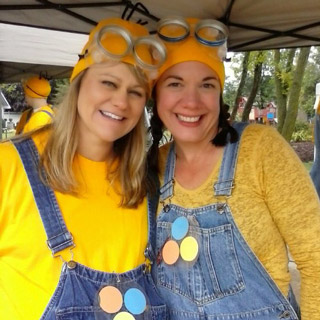 I think it’s safe to say that we went out all out for the Fox Cities Marathon last Sunday.  We invited staff, family and friends to dress as minions from Despicable Me.  We played upbeat music, handed out gel packs and cheered until our voices went hoarse.  It was a great day!

In honor of this year’s Fox Cities Marathon here are 10 fascinating facts, brought to you by Everyday Health