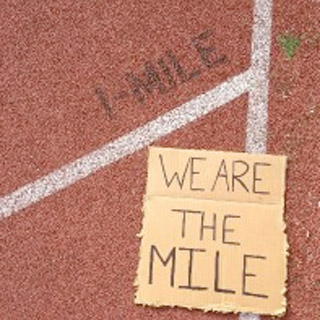 Distance isn’t the only measure of respect

We have all seen them while driving around town: 26.2 or 13.1 bumper stickers that proudly proclaim the running prowess of its occupant. Marathoners are everywhere, or at least that’s how it seems.  Amateur runners are racing longer distances in record numbers.  According to Running USA, a nonprofit organization dedicated to distance running, participation in triathlons, half marathons, and marathons has doubled since 1990.

But is more necessarily better? Are you a better athlete because you can run a marathon? Studies now show that short, intense bursts of exercise provide the same benefits as sustained, endurance workouts.  A 30-minute workout of 10 minute intervals of intense exercise and recovery “has been shown to improve aerobic capacity, skeletal muscle oxidative capacity, exercise tolerance and markers of disease risk,” said a review of exercise research. The review was published this year in the journal Applied Physiology, Nutrition and Metabolism.

Similarly, a research paper published in July in the Journal of the American College of Cardiology says milers enjoy the same mortality-fighting benefits as marathoners. The study of 55,137 adults over a 15-year period found that those who ran less than an hour a week lived longer, as did those who ran more than three hours a week. Both groups on average lived three years longer than non-runners.

Now there are no excuses not to run. When you only have twenty minutes to workout just remember that you can produce the same long term benefits as endurance athletes in a fraction of the time.  Or perhaps you are a current marathoner who wants to opt out of the distance arms race.  The races keep getting longer but the time you have to train stays the same.  Just say no because there is a new race in town that can give you the same street cred.  Why not make the mile your new goal?

Here are some resources where you can learn more about mile races:

Bring Back the Mile