Over the past few years the Fitbit has grown in popularity for the general public as well as athletes with sales of the Fitbit increasing by 150% over the past year. So what makes these little gadgets such a hot item? Let’s start with the different types of Fitbits and what they have to offer. The lowest end Fitbit is the Zip which is a clip on step tracker costing $60. Next are the One and the Flex. The One is clip on step tracker that also has a clock and sleep tracker and the Flex is a step and sleep tracker that is worn on the wrist. Both of these options cost $100. A step up from these Fitbits is the Charge and the Charge HR. The Charge is a step tracker, sleep tracker, clock and caller ID and costs $130. For $150 you could get the Charge HR which has the same features as the Charge with the additional constant heart rate tracker. Lastly is the Surge which combines all the features of the previously stated Fitbit’s but adds in GPS tracking for more accurate pace tracking. A Surge can be purchased for $250. 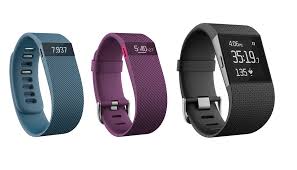 Before purchasing a Fitbit it is important to look into the different features and the pros and cons of each. After researching, interviewing, and personally using a Fitbit I have outlined some of the main features of the Fitbit that people like and dislike. The main bonus to having a Fitbit is the awareness that it brings to people. I repeatedly heard comments like “I was unaware of how sedentary my job was until I saw how little steps I had” or “the Fitbit helped me realize how many more steps I should be taking daily”. As far as providing awareness to people about their steps, daily activity, calories, and sleep, the Fitbit hits the nail on the head but where I see an issue is correction of the problems the Fitbit may shed light on. While the Fitbit gives people many statistics and feedback about what they have done, it does not give any information about how to change that behavior or how to make sense of all the information that is given.  When someone looks at their overall steps and realizes that they are consistently low, it is important for them to know ways in which they can increase this amount such as standing at work, cleaning the house, mowing the lawn with a push mower, cooking at home instead of going out, exercise while watching TV, taking the stairs instead of the elevator, or parking far away from your destination. 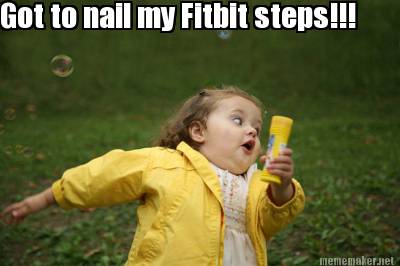 Along with the general features of the Fitbit, this device will also synchronize to an app on smartphones or an internet website. This gives more detailed descriptions of the information provided by the Fitbit by correlating the information to the time at which the data was taken. Along with features such as sleep, step, heart rate, miles, and calorie tracker the app also has a food intake tracker where you can input the food you eat to compare your calories burned with your calories eaten. While it was nice to make this comparison, I struggle with the setup of the tracker. The first big thing to note is people do not always measure portion sizes correctly so while they are imputing one cup of the selected food, they may have actually eaten closer to two cups and so on. The food tracker also only focuses on calories so there is no other nutritional information accounted for within the tracker such as fats, proteins, and carbohydrates so while someone may be hitting their calorie goal they may be doing this with unhealthy foods that may be high in saturated or trans fats or sugars. I was also disappointed with the reviews I got about using the Fitbit for various activities. While it does work great for walking and daily activities it might not be as accurate or account for all activities such as swimming, biking or weightlifting. When doing activities in the water the Fitbit cannot be worn and the activity will therefore not be counted.  There is a way that this information can be imputed into the tracker through the app. As far as other activities such as biking or weightlifting, these activities don’t necessarily rely on steps to determine the amount of activity or calories burned. With biking, I had reviews saying that they watched the steps on their Fitbit and the mileage they were biking and it was off from the actual distances traveled. Lastly, for weight lifting I read an article that shared information about the accuracy of a Fitbit and found that not only is a step counter not accurate for weight lifting but neither is a heart rate monitor because the relationship between calorie expenditure and heart rate is not the same for all activities (http://www.sparkpeople.com/blog/blog.asp?post=you_asked_how_many_calories_does_strength_training_burn).

Overall, I have found that the Fitbit has many uses such as bringing awareness to people through showing their steps and calories burned as well as how active they are throughout the day. Where I struggle with the Fitbit is with more intense and active people whose workouts might not be tracked correctly with the Fitbit. When the average person uses the Fitbit in conjunction with education and lifestyle changes in order to meet their goals, I think the Fitbit can be a useful tool to make a positive change toward a healthy and active lifestyle.